75 years since the liberation: Statement of the NCPN and CJB 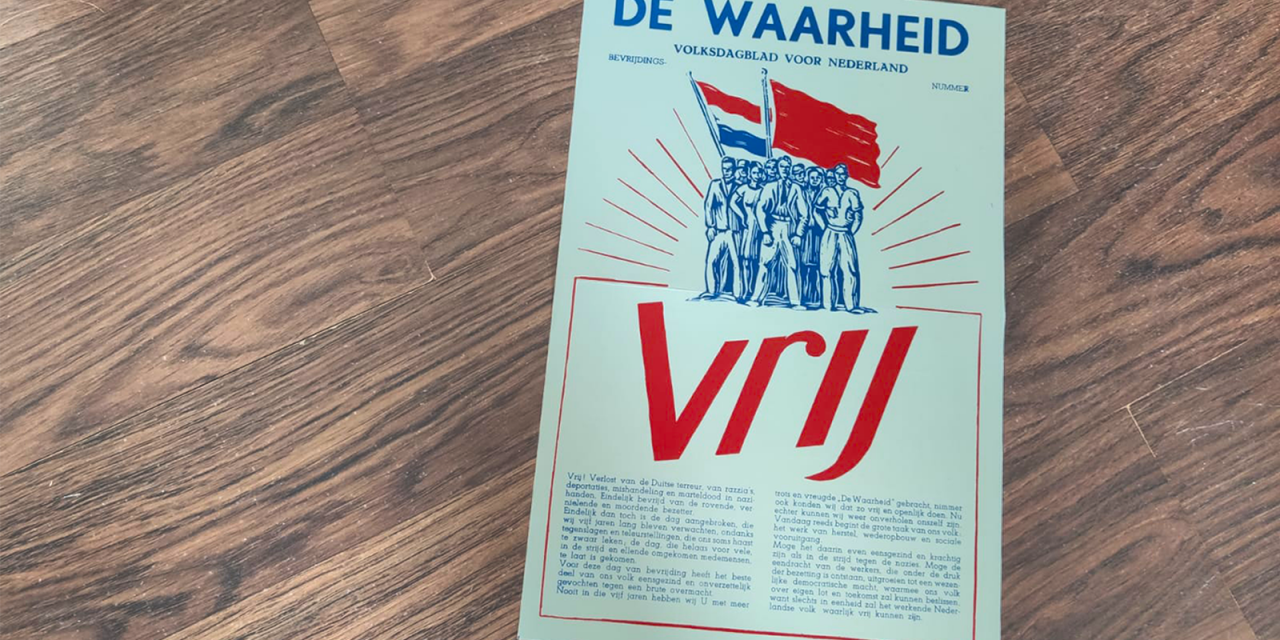 It has been 75 years since the liberation of the Netherlands from fascist occupation. On the 5th of May, the capitulation of German troops in the Netherlands was negotiated in Wageningen. A few days later, on the 9th of May 1945, the war in Europe was over. The war in Asia lasted until September 1945.

It remains important to celebrate the 5th of May and to be mindful of the roots of World War II and fascism, as well as the significance of the organised resistance where the Communist Party of the Netherlands (CPN) played a decisive role. However, it is precisely these three crucial aspects, from which much can and should be learned, that are sadly left unmentioned in official commemorations.

1. Fascism, which arose in the ‘20s and ‘30s in Italy and Germany as well as in other countries, received financial and material support from large private enterprises. Through the abolition of bourgeois democracy, militarisation and open acts of terror directed at the working-class movement, the capitalists aimed to subdue the working-class movement and to prepare their countries for the upcoming war.

2. World War II had a double character. One the one hand, it was an enormous invasion of the Soviet Union by Nazi-Germany and its allies, with the aim of destroying socialism. At the same time, the war was a result of the contradictions between the various imperialist powers competing to control colonies, resources and markets.

3. The CPN and the international communist movement had already anticipated these developments in advance. The ‘20s and ‘30s saw the communists assume a vanguard position in the struggle against rising fascism and the looming war. The Communist International played an important role in this struggle, as well as its youth section, the Communist Youth International, which resisted the militarisation of and pro-war agitation among the youth by bourgeois political forces. The CPN was actively involved in helping political refugees from Nazi-Germany as early as 1933. Having escaped the Nazis, these refugees were forced to go in hiding in the Netherlands, because Nazi-Germany was still regarded a ‘friendly’ state. This illegal work provided members of the CPN with experience that was important for their later resistance during the occupation.

During the war, members of the CPN contributed to the resistance in fundamental ways. A milestone contribution was the February Strike: on the 25th of February 1941, Europe was shocked to find hundreds of thousands of people had ceased their work. The CPN organised the strike in response to the razzias (roundups) in Amsterdam in the preceding days, where hundreds of Jews were arrested. One of the results of the February Strike was the fact that the Netherlands were not incorporated into the German Reich.

Communists took the lead in the armed struggle and dangerous missions, such as acts of sabotage and liquidations. For this reason, thousands of CPN-members were executed, or met their ends in concentration camps. The names of members of the CPN, such as Hannie Schaft, Jan Bonekamp and many others, became symbols of the resistance through their heroic struggle.

Communists were at the forefront of the resistance in all of Europe, not just in the Netherlands. The heroic demeanour displayed by communists was the result of communist ideals and praxis, the collective struggle, solidarity, camaraderie and trust in the strength of common working-class people. For this reason, the pre-war dealings of the CPN and its close ties with the working class, established through the class struggle, were of crucial importance for the latter resistance in the Netherlands.

The Netherlands were liberated by English, American and Canadian troops. We must, however, not forget that, on the other side of Europe, the Soviet Union and the Red Army gave the decisive contribution to the defeat of Nazi-Germany.

The anticommunist distortion of history propagated by bourgeois political parties and the EU, which hushes up the role of the CPN in the resistance, which attempts to equate fascism and communism, which goes as far as to state that the Soviet Union shares responsibility for the outbreak of World War II, is extremely dangerous. With this narrative, they conceal the causes and true character of fascism and war.

We pay homage to the members of the CPN and the other resistance fighters
who fought the fascist occupation.

Not then, not now, no fascism ever again!