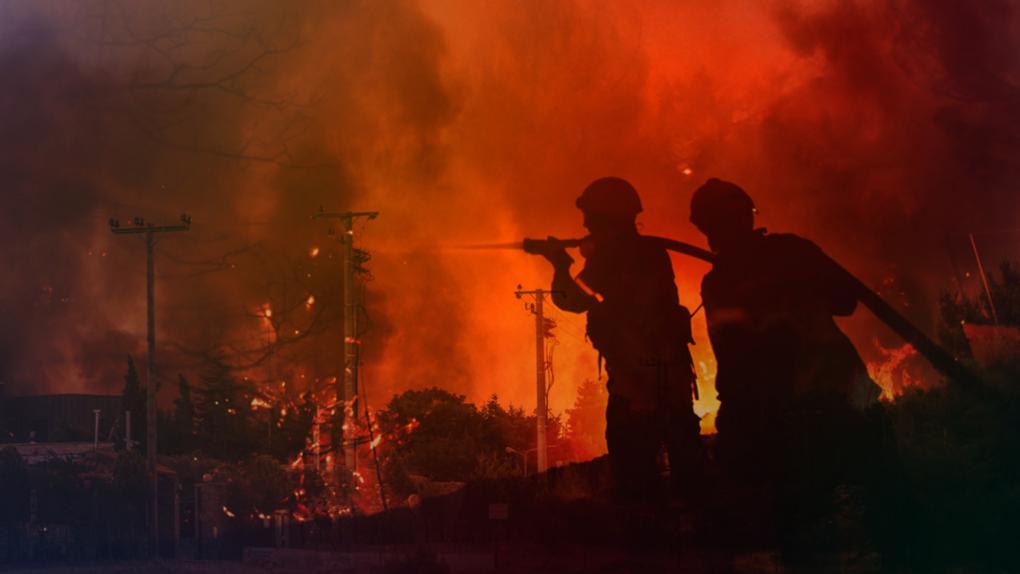 While the deadly floods in Western Europe are still fresh in our minds, we have in recent weeks seen the disturbing images of the catastrophic fires in Turkey, Greece, Algeria, Italy, other countries in Southern Europe, and elsewhere in the world. As a result of the fires, multiple people have lost their lives, many houses have burned down, and large pieces of nature have been destroyed. As the wildfires continue, people in several of these countries are also facing devastating floods, which have even claimed dozens of lives in Turkey.

The effects of climate change, which is the result of the capitalist mode of production that sacrifices everything for profit, are becoming more and more noticeable. It is notable that extreme weather is occurring more frequently, which is expressed in some areas as long periods of extreme drought and high temperatures, or, for example, more intense rainfall.

However, these disasters are certainly not solely due to climate change. Communist parties in the affected countries emphasize that years of cutbacks and privatization of public services such as forest management and firefighters are now taking their toll, as well as the lack of preventive measures against wildfires, floods and other disasters.

Another important factor that our sister organizations point to regarding the wildfires, is that after fires, nature reserves are often released for commercial use by capitalists. This happens despite the fact that it is formally mandatory in many countries to provide reforestation after a wildfire. As a result, there may even be private interests for arson.

In several countries, communist parties, trade unions and other working-class organizations have taken the initiative to help fight the fire and organize solidarity for the victims.

The NCPN and CJB stand in solidarity with the working population that is the victim of these natural disasters that are fueled by capitalism.

These events, like the floods in Western Europe in July, show the need to fight for a socialist society, in which the working class is in power and the economy is centrally planned based on the needs of the people. In such a society, all necessary measures can be taken to ensure the safety and health of the people, and to stop the destruction of the environment and climate.

Central Committee of the NCPN

Central Committee of the CJB