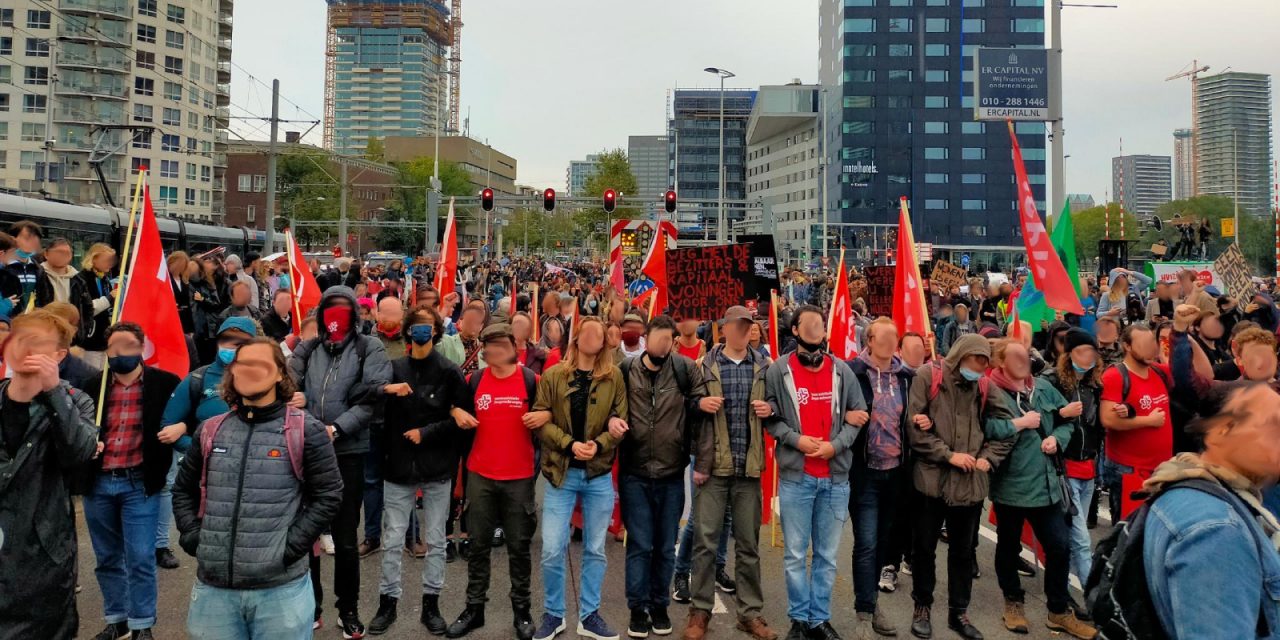 The New Communist Party of the Netherlands (NCPN) and the Communist Youth Movement (CJB) condemn the excessive police violence against peaceful protesters during the housing demonstration in Rotterdam on the 17th of October, 2021. The overwhelming presence of a myriad of mounted police, riot police, as well as plainclothes officers, led to unnecessary escalation of the demonstration.

A group of peaceful protesters was surrounded by Dutch riot police during the march across the Erasmus bridge, thereby essentially separating the protesters in two parts. In reaction to the violence by the police, the NCPN- and CJB-members locked their arms in order to protect each other and other protesters.

During the course of the demonstration, it became known that a CJB-member (who happens to be a minor) had been beaten, strangled, and subsequently arrested, allegedly for insulting an officer. We strongly condemn this ridiculous and disproportionate display of violence by Dutch police forces. It is absurd that the working class continues to be met with violence and repression when standing for their constitutional right to housing.

The images of the police measures speak for themselves, though it is necessary to contextualize them in a broader recent trend of increasingly violent police intervention during demonstrations. We will not be discouraged by this aggression. Our struggle for bringing about a society in which everyone has a home continues. Both the NCPN and the CJB call upon everyone to be present at all the housing demonstrations that will be organised in the coming months! 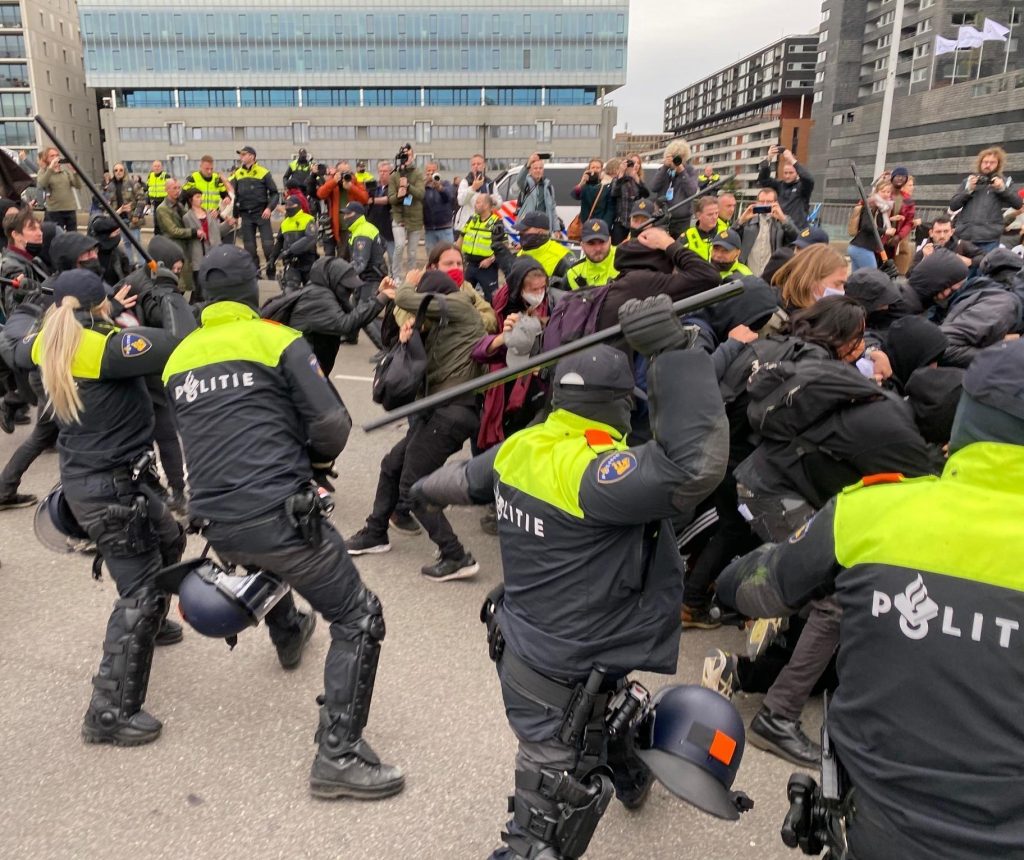 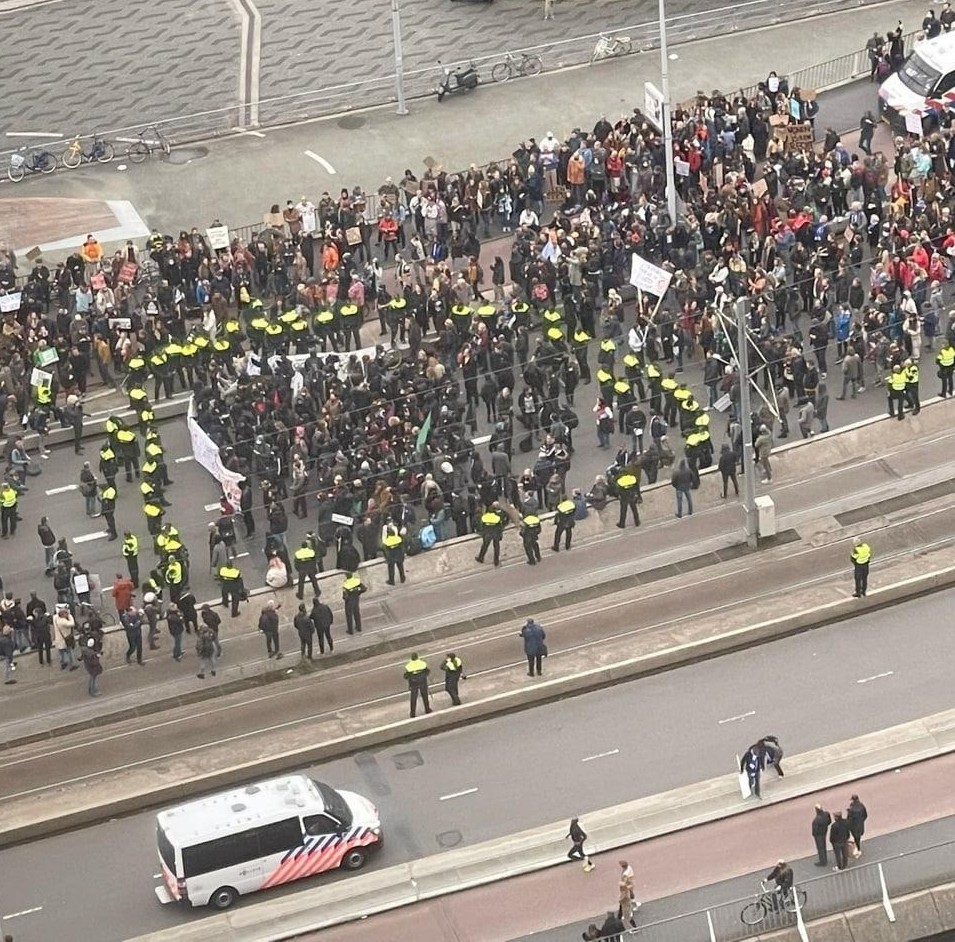