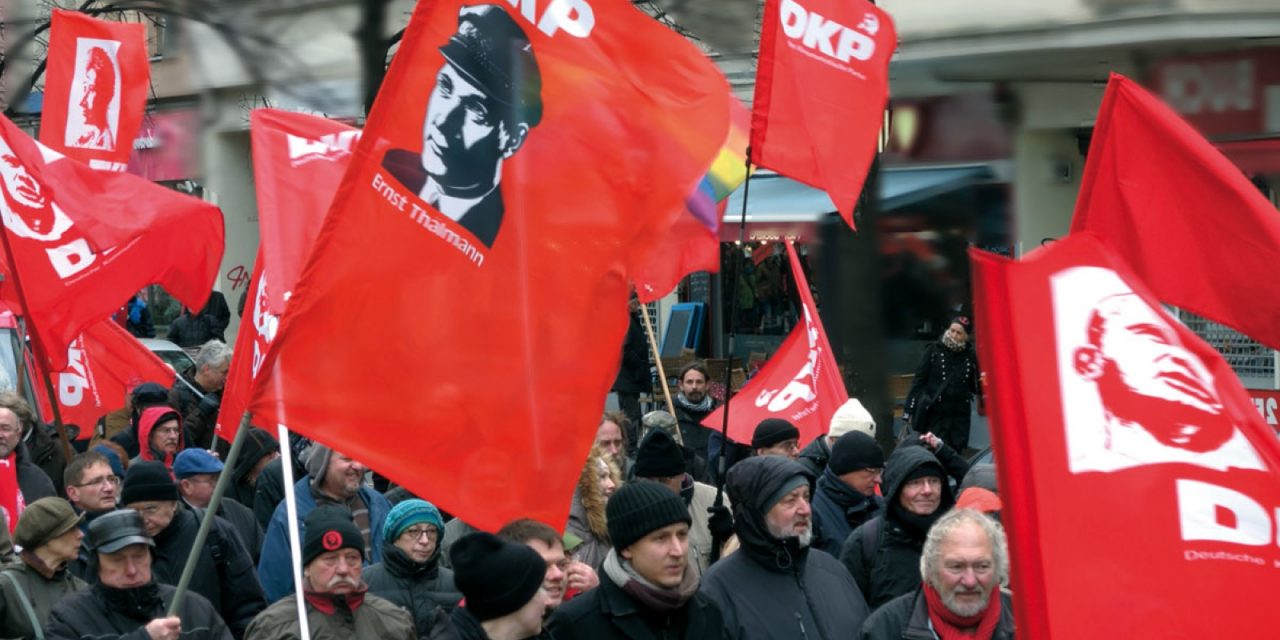 The NCPN and the CJB denounce the dangerous developments in Germany where our sister party, the German Communist Party (DKP) is being hindered from participating in the upcoming Bundestag elections in September and is even at risk to lose its status as a political party.

This is all done by the German state under the pretext that the DKP was late with their financial statements. In reality we are seeing the outlawing of a party by other means, which has happened before in Germany by the Nazi regime in 1933 and in 1956 in capitalist West-Germany under Adenauer.

These developments cannot be isolated from the anticommunist offensive by the EU which is being waged to suppress the communist- and workers’ movement. It shows the true character of our sacred capitalist “rule of law” which is waging an offensive against the rights of the working class, in the context of growing inter-imperialist rivalries.

We stand in solidarity with our comrades from the DKP against this unacceptable decision by the capitalist state in Germany. We demand the immediate retraction of this decision so that the DKP can keep functioning as a party and can participate in the upcoming elections.

Stop anticommunism, stop criminalizing the struggle for a better world!