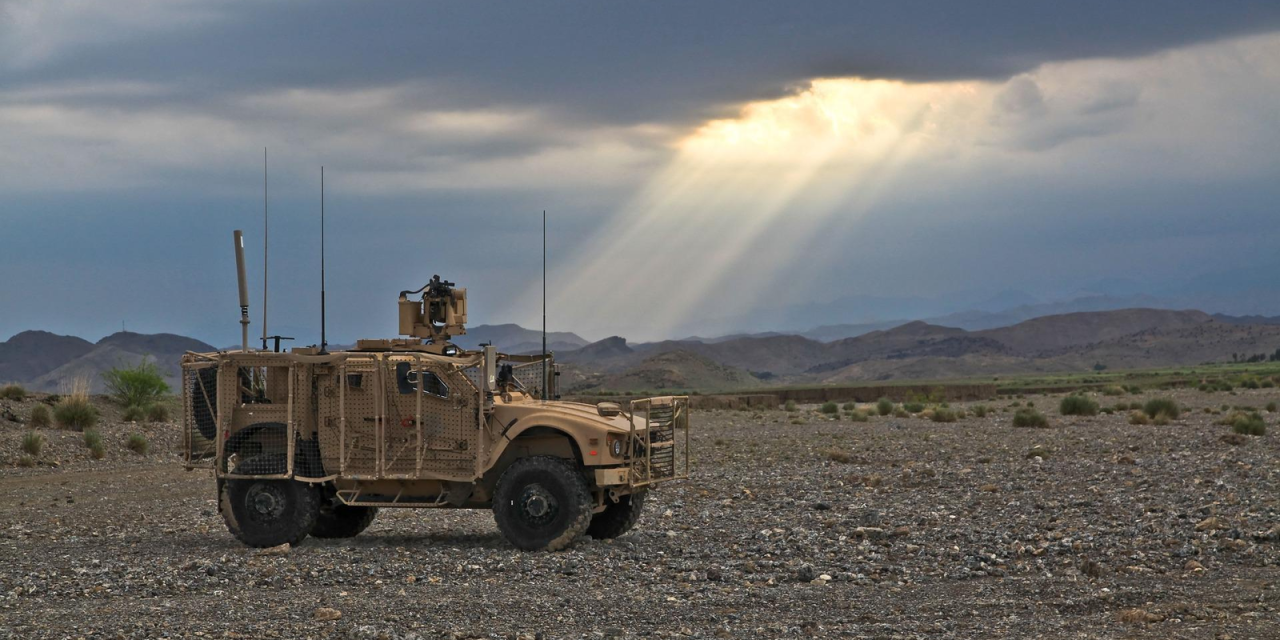 The NCPN and CJB condemn the dangerous decisions of the Dutch government to make the port of Vlissingen and Dutch territory available as a transit port for a huge transport of heavy military equipment of the US army.

At Vlissingen port, 1,275 US tanks, armoured vehicles and other military equipment are currently being unloaded and transported across Dutch territory to Poland and Lithuania. They are destined for a US land force unit, which will be stationed there to further increase pressure on Russia.

This is being done as part of the imperialist war being waged in Ukraine, between NATO, the US and the EU on the one hand, and Russia and its allies on the other. A war waged for the interests of the monopolies of the various imperialist power blocs vying for control of markets, raw materials, supply lines and spheres of influence.

The large-scale transport of US heavy military equipment will last until early February and is supported by the Dutch armed forces and military police.

Dutch armed forces are also present in Eastern Europe in the NATO context. Moreover, the Dutch state has already provided 1 billion euro in material support to the reactionary government in Kiev. 2.5 billion has already been earmarked for 2023.

Meanwhile, on 10 January, NATO and the EU signed an agreement for closer cooperation towards Russia and also China, the “growing strategic competition”.

All these developments neither promote the security of the Netherlands nor bring peace in Eastern Europe any closer. On the contrary, they add fuel to the fire of the inter-imperialist contradictions that are the cause of the war, which has already claimed many thousands of lives and displaced millions of people in Ukraine. They increase the danger of further escalation of this conflict. The Netherlands is becoming increasingly involved in the dangerous imperialist contradictions through its interference.

We demand that the government stops facilitating the US military and NATO. Foreign troops and military equipment from foreign armed forces (including US nuclear weapons) have no business in the Netherlands.

We demand that any participation by the Netherlands in imperialist war stops. Dutch armed forces have no business outside our country’s borders. Sanctions against Russia and other countries, which contribute nothing to conflict resolution but have very detrimental economic effects on the working class, including in the Netherlands, must also be stopped.

The struggle against capitalism, linked to the struggle to break free from imperialist alliances like NATO and EU, opens the way for peace.

The working class has nothing to gain from choosing between one or the other imperialist camp. As long as capital determines policy, the monopolies will continue to divide the world according to their interests. Only working class power will be able to harness wealth for the good of the entire population.

International Commission of the CC of the NCPN

International Commission of the CC of the CJB