200 years since the birth of Friedrich Engels 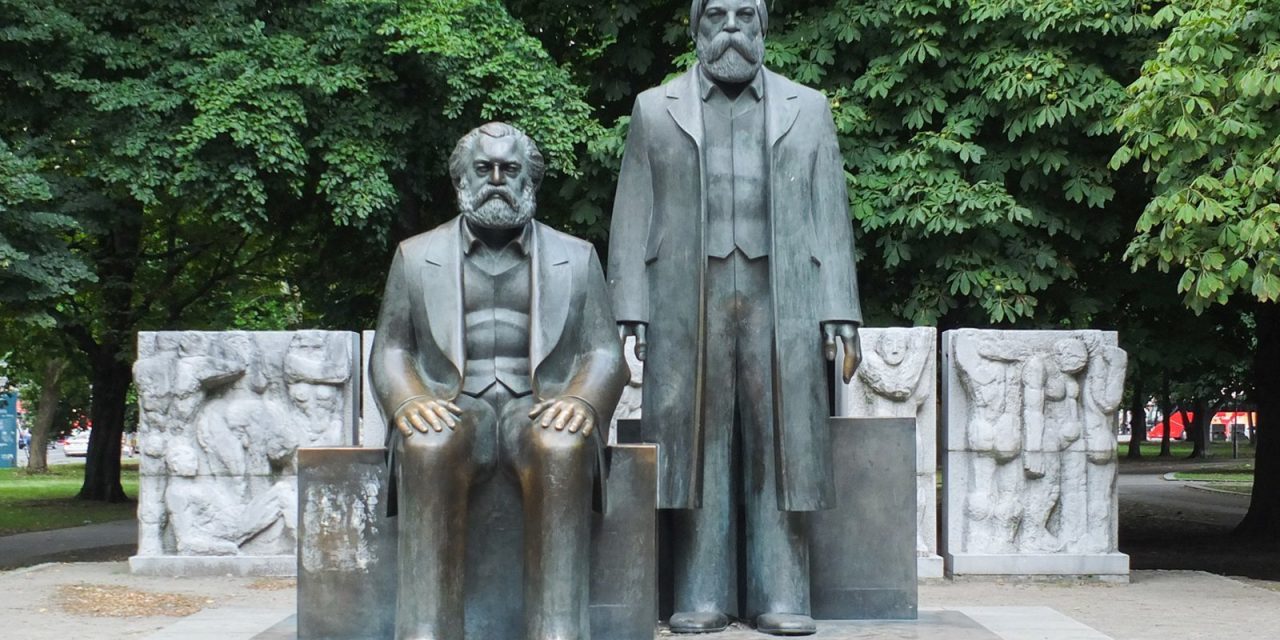 Declaration of the NCPN and CJB

On the 28th of November 1820, 200 years ago, the great revolutionary Friedrich Engels was born. Together with Karl Marx, he laid the foundations for scientific socialism and played an important role in the creation and development of the international communist movement.

Friedrich Engels made fundamental contributions to all facets of Marxist theory: dialectical-materialist philosophy, political economy and the revolutionary strategy for the class struggle. His works, such as The development of socialism from utopia to science (1880), The origin of the family, private property and the state (1884) and many other works, still inspire people over the world in the struggle for a better society, and also provide indispensable guidelines for that struggle. Lenin correctly noticed about works of Engels, such as Herr Eugen Dühring’s revolution in science (1877) and Ludwig Feuerbach and the end of classical German philosophy (1886), that they are “handbooks for every class-conscious worker”.

Engels had a very close friendship and cooperation with Karl Marx, with whom he wrote many works together. The support of Engels to Marx, both with financial means and with the exchange of thoughts through countless letters, was of great importance. After Marx passed away in 1883, Engels finished and published the second and third book of Capital.

Just like Marx, Engels was closely involved in the revolutionary labour movement. For the ‘Communist League’ he wrote, together with Marx, the first party program for a communist party: the Manifest of the Communist Party (1847), better known under the abridged title Communist Manifesto. Together with Marx, Engels played an important role in the formation and development of the (international) organisations and political parties of the working class. In there they struggled against opportunism and for a revolutionary line. They struggled against the influence of (petit-) bourgeois ideology in the labour movement, for example in the form of reformism, anarchism etc. In the night of the 5th of August 1895 Engels passed away at age 75.

Engels and Marx laid the foundations for the theory of scientific socialism, which would be further enriched by Vladimir Lenin around the beginning of the 20th century, when capitalism entered a new stage: imperialism. Scientific socialism, or Marxist-Leninist theory, forms an indispensable weapon for the working class in its struggle for liberation from capitalist exploitation. Time and time again it inspired and guided the working class and other oppressed layers of the population in countries over the whole world in the struggle for a better future. Examples are the Bolsheviks, who started for the first time in world history with the construction of socialism after the socialist October revolution, and the other socialist revolutions. But also the anticolonial struggle for national liberation in the former colonies and various emancipation movements.

The insights of Friedrich Engels and Karl Marx are relevant today and provide guidance for anyone who does not accept the current capitalist relations and the uncertainty, poverty, war and exploitation that comes with it – for everyone who wants to struggle for a better society, socialism-communism.