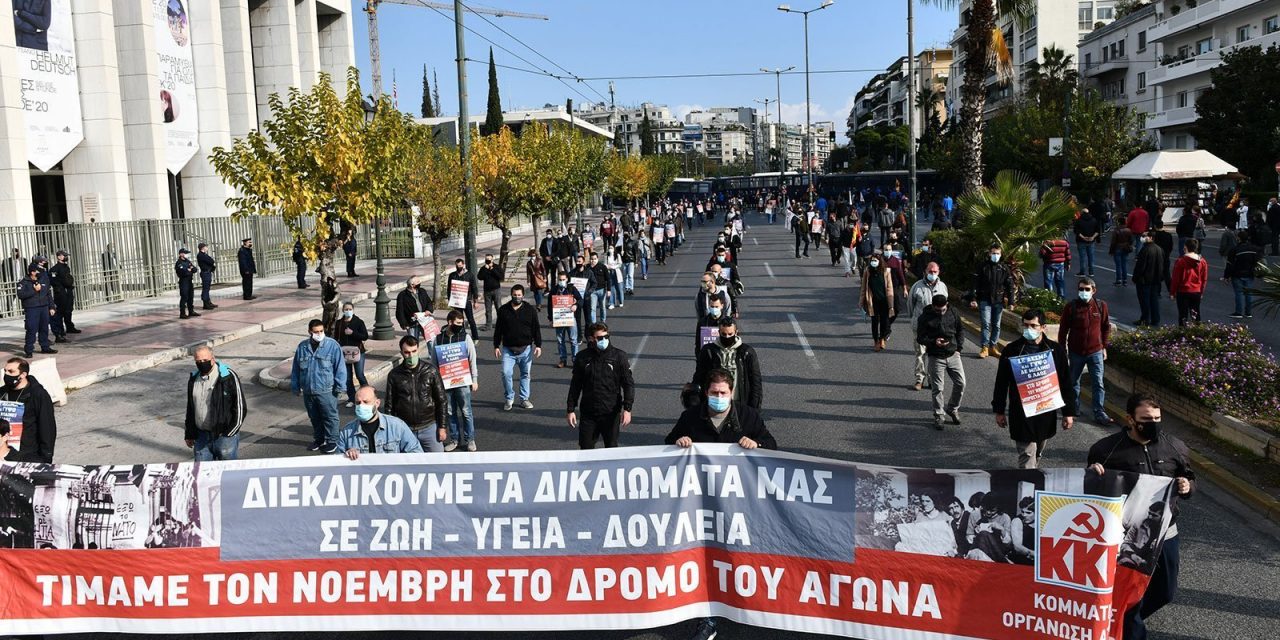 After the violent attack of the Greek police against demonstrations organised by the Communist Party of Greece, the Communist Youth of Greece and class-oriented organisations of the mass movement, the NCPN and CJB sent the following message to our Greek sister organisations.

“The New Communist Party of the Netherlands (NCPN) and the Communist Youth Movement of the Netherlands (CJB) condemn the shameful repression of the anti-imperialist demonstration to commemorate the Polytechnic uprising against the fascist junta in 1973. The bourgeois government of Greece, which has relentlessly attacked the rights of the workers, cannot bear to see that people are fighting back under the leadership of the Communist Party of Greece (KKE), the Communist Youth of Greece (KNE) and mass organisations such as the All-Workers Militant Front (PAME), and have therefore resorted to outright authoritarianism. The violent and unprovoked attacks by the government against the demonstrators (including KKE MPs), using teargas and water cannons, show the hypocrisy of bourgeois democracy.

Using the pandemic as an excuse, the government prohibited the commemoration and demonstration. At the same time, the government is privatising healthcare and closing down hospitals and prioritises the profit of the capitalists over the health of workers, not taking enough precautions in stopping the spread of the virus. Once again the people’s rights and lives are being sacrificed on the altar of profit. This also shows the hypocrisy of the decision to prohibit and violently attack the demonstration.

It should be noted that the demonstrators were strictly adhering to all the necessary health measures, such as keeping distance and wearing facemasks. It was a very well-organised and peaceful demonstration. The violent attack of the police was completely unprovoked.

The NCPN and the CJB stand side by side with our comrades from the KKE and KNE. We demand that all those that were arrested are immediately freed. The struggle of the people against capitalist barbarity cannot be imprisoned. These repressions show that the capitalist system has outlived itself, and should be replaced by a system in which the workers rule, and in which the contemporary needs of the people can be satisfied, socialism-communism.

Some more pictures of the recent demonstrations 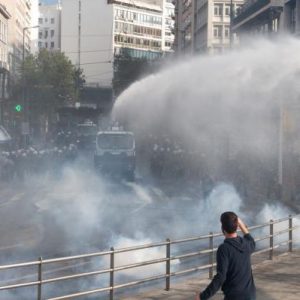 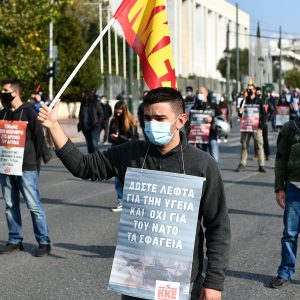