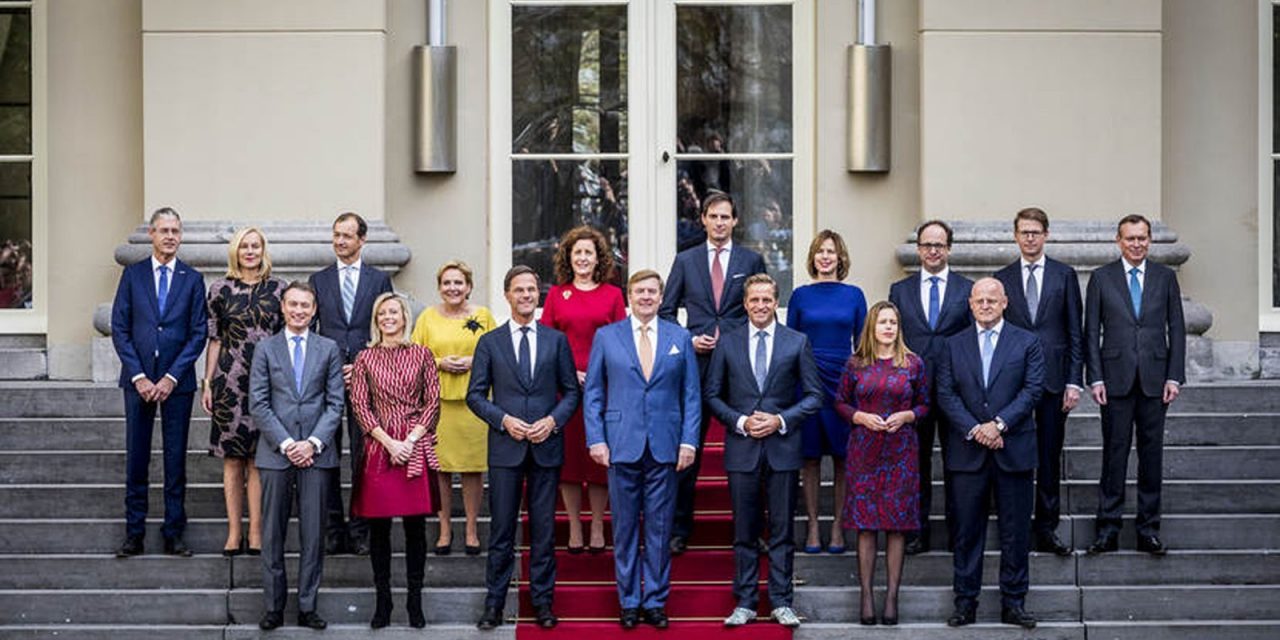 Yesterday (Friday 15th of January) Prime Minister Rutte handed over the resignation of the government to the king – only two months before the elections for the House of Representatives will take place. The fall of the cabinet was triggered by the so-called “allowances affair” (toeslagenaffaire), although we can better speak of a terrible scandal.

A criminal scandal caused by an inhuman system

The allowances scandal concerns about 26.000 families that received an allowance for childcare. They were wrongly accused of fraud. These parents were subsequently forced to repay huge sums of money (often tens of thousands of euros) – money they were entitled to. There is also a racist element in the scandal, as the tax authorities apply racial profiling. This criminal “hunt on frauds” destroyed many people’s lives. Due to this scandal, many families got a huge debt and lived in poverty for years.

The scandal is presented as something accidental, as something that is cause by “the failure of institutions”, a “bad culture” in certain Ministries, the “violation of principles of the rule of law” (rechtsstaat), or the sloppiness of civil servants. These are mere symptoms. The scandal is primarily the result of consciously applied policy over the last years by the successive governments which is directed at demolishing social rights as well as pressuring and even criminalizing people that are dependent on social welfare.

Childcare is extremely expensive and families from the working class earn too little to be able to pay for it in addition to the other expenses they bear, such as rent, health care etc. Allowances and other forms of social welfare serve as ‘bandage’ to soften the cruel character of capitalism. The bourgeois parties, whether they call themselves ‘right’ or ‘left’, apply capitalist policy to demolish these rights, because they hinder the profitability of capital. The criminalisation of people that receive a mere allowance for childcare, stands in striking contrast with to huge tax benefits and support that the capitalist monopolies such as KLM, Shell and Philips receive. It is clear that the government serves the interests of big capital, not the interests of the overwhelming majority of the Dutch population.

In essence, the scandal is a consequence of the fact that capitalism cannot cover the basic needs of people. After all, childcare should be a right, a public facility freely available for all families. Instead, it is left at the mercy of the market and it is extremely expensive.

The government proudly shows off that it took “highest political responsibility” for this scandal, and that is also the narrative that dominates in the media. However, the resignation practically has little effect, as it happens shortly before the elections. The resignation is in fact a convenient and strategic move. First, the fall of the cabinet will be convenient for the next bourgeois government – independent of which parties will comprise the next government: they can start with a “clean slate”. Second, the bourgeois political parties that participate in the elections can now focus their efforts on the pseudo-quarrels between themselves in the political circus of the election campaign.

Despite all the nice promises of the political parties, after the elections they will try to let the working class pay the bill for the current severe capitalist economic crisis with a new attack on the social rights and achievements. Hence there is no reason to take comfort in the resignation of the government, as scandals like this are mere symptoms of an inhuman system, capitalism. Only when the working people organise and struggle against this barbaric system social improvements can be achieved.

The NCPN and CJB express their solidarity with the affected families and make the following demands: