75 years after the nuclear bombs on Hiroshima and Nagasaki 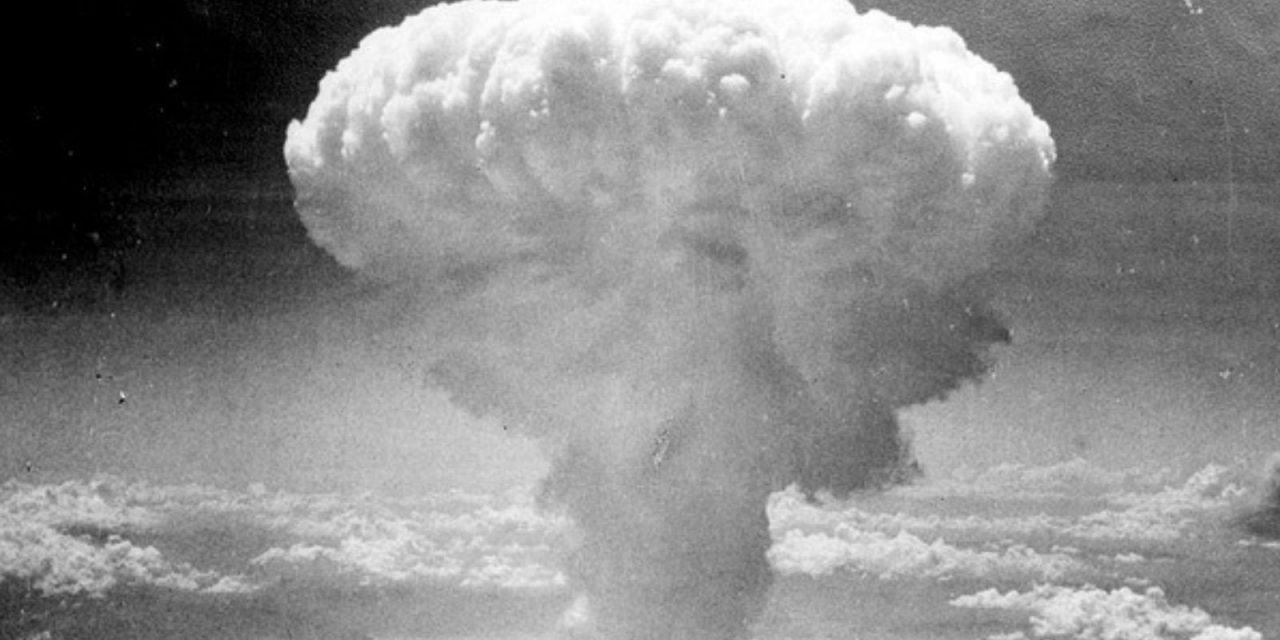 The struggle for peace and socialism is more urgent than ever!

It has been 75 years since the United States laid waste to the Japanese cities of Hiroshima (6th of August) and Nagasaki (9th of August) using nuclear bombs. Many thousands perished, among them countless innocent families with children, as well as tens of thousands foreign slave labourers, who had been deployed in Japan. Despite claims by the US and several bourgeois historians, there was no military necessity fort his cruel nuclear attack shortly before the end of the Second World War. It was an imperialistic war crime and its main purpose was not the Japanese surrender, as it was unnecessary for this goal, but demonstrating this new weapon towards the social movement worldwide and the Soviet-Union.

The contradictions between the different capitalist countries fighting for the interests of their monopolies about the control of resources, transport routes and markets are rising. The deep capitalist economic crisis (which is already the third of the 21st century) sparks the fires of these international contradictions. In several regions of the world the chance for new escalations and even war is on the rise.

Worrying developments in this regard are the lifting of the INF-treaty on nuclear weapons by both the US and consequently Russia, the increase in armaments and military expenditures by many countries (at the cost of education, health and social services for the working class), the aggressive stance of NATO, as well as the militarisation of the EU. The EU has undertaken military missions in Africa, the Balkans, Eastern Europe and the Middle East over the past years, and founded the PESCO in 2017 to enhance further structural and binding military development within the EU.

The Netherlands also plays its part in these inter-imperialist contradictions. Dutch soldiers are participating in NATO or EU-missions in the Baltics near the Russian border, the Middle East, Afghanistan, Mali and the Sahel (Africa). The Dutch army facilitates the American army, even in the Netherlands itself, for example in the last weeks by allowing them use of a Dutch port (Rotterdam) and airbase (Eindhoven) for transporting American troops. The Dutch army is also present in the Caribbean to protect the interests of the Dutch capital.

In the area of nuclear weapons the Dutch government pretends not to research the option, or create or hold any, even though in reality, US nuclear bombs are stored in Volkel and Dutch pilots have been trained to drop them in the framework of NATO for decades. Therefore, it is hypocritical of the Dutch government to deny its involvement with this most barbaric of weapons, just like it is hypocritical of them to sell all Dutch wars of the last few decades as ‘peace missions.’ The ruling class realises very well that the Dutch people, like the working class in all countries, has no interest in wars. This is why hypocrisy and lies are utilized to ‘justify’ Dutch participation in military interventions and wars, all with the goal of the Dutch big capital can secure its interests and geostrategic position abroad.

The NCPN and the CJB remember the victims of the imperialist war crimes in Hiroshima and Nagasaki, and we struggle against war and imperialism, for peace and socialism. In this struggle, we demand: