On the question of power 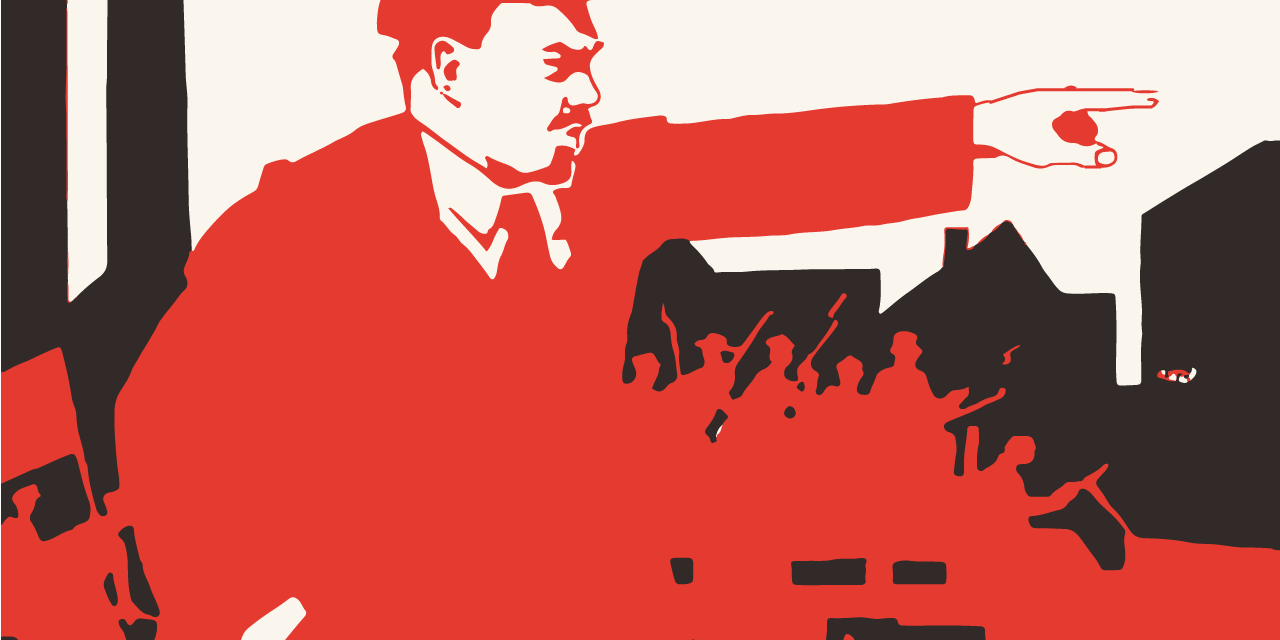 Contribution of the CJB for the 13th “Meeting of European Communist Youth Organisations” (MECYO) in Istanbul.

Contribution for Conference: “100 years after the Great October Socialist Revolution we hold high the flag of October! We strengthen the youth struggle in Europe for the new society without imperialist wars, crises, refugees, unemployment, poverty and capitalist exploitation. Socialism is our future!”

The question of power is a fundamental point of distinction between communists and opportunists. It is closely related to the question of the state, as clarified by Lenin in State and Revolution and other texts. It is essential for the communist movement to reaffirm its Leninist principles, the principle of the vanguard party, the seizure of power, and the destruction of the bourgeois state.

The opportunists state that “revolution” and “reform” are mutually exclusive (or exactly the same), or that the question of “revolution” should be postponed because the people are not ready for it, or because of the differences in strength. They sacrifice their vanguard role, choosing instead to defend the “left” in the bourgeois parliament. The consequences of opportunism, of disarming Marxism and making it harmless for capital, are clear for all to see. In the Netherlands, we saw the old Communist Party of the Netherlands sacrificing its revolutionary principles in favour of the “broad left movement”. It abandoned Marxism-Leninism and eventually dissolved itself into a bourgeois, social-democratic, “green” party.

As communists, we support any improvement in the condition of the working class. In fact, we fight for higher wages, better working conditions, and against the demolition of social rights every single day. However, we recognise that any victory for the working class under capitalism is only temporary. Marx, Engels, and Lenin constantly pointed out the need to fight for improvements, but without losing sight of the goal of socialism, of the dictatorship of the proletariat. So the economic struggle of the working class should always be linked to political struggle.

We also see that whenever communist parties take responsibility for capitalist management, they lose their role as vanguard party of the working class (if they had that role in the first place), leaving the working class disillusioned. Since “leftist” parties participate in bourgeois governments, making themselves partly responsible for the execution of capitalism, the reactionary forces can claim that the left is to blame for the misery of the people. Thus the working people’s consciousness is held back and the opportunists play exactly the role that capital asks of them.

In State and Revolution, Lenin emphasies that one of the central questions that opportunists “avoid” is the question of the state. To this day, the state is a means for class oppression, for the suppression of the working class and the popular strata by capital. This includes the bourgeois parliament, for as Marx says: “The executive of the modern State is but a committee for managing the common affairs of the whole bourgeoisie.” Regardless of left-sounding phrases by opportunists, parliament is also one of many ways in which the communist party can act as a voice for the working people; but parliament cannot and should not replace the independent forms of political organisation of the working class. The working class needs to find its own organisational structures and smash the bourgeois state. The correctness of this line can also be seen in the historical experiences of the October Revolution.

The October Revolution and its relevance to the revolutionary youth today

Why did the October Revolution succeed? And why is it still necessary for us, as communists today, considering the changes in the world, to lead the working class towards socialist revolution? The conditions of the imperialist system, and the imperialist war, put the people of Russia and elsewhere in Europe under severe pressure. Due to the decision by the pseudo-socialists under Kerensky to continue the imperialist war, the socialist revolution gained the alliance of the poor farmers and soldiers. The revolutionary programme of the Bolsheviks was consistent with the needs and interests of the people. The socialist revolution succeeded because the Bolsheviks drew a clear line between their politics, the politics of the working class, and the politics of the opportunists, of the petit-bourgeois democrats who became props for the big bourgeoisie.

The Soviet Union introduced a socialist planned economy, which liberated production from the limitations of the market. Work, education, healthcare, and housing were no longer merchandise like under capitalism, but were guaranteed for all Soviet citizens. Any young person could follow an education at the expense of the state. Unemployment disappeared thanks to planned production; work was guaranteed and anyone could contribute to the socialist society.

The superiority of the socialist planned economy was demonstrated by the favourable developments for production and for the working class. Today our goal is still to abolish private property of the means of production, against the anarchy in production and the dictatorship of capital, which produces crisis and wars. Instead, our respective countries will socialise the means of production in the hands of the working people, and use them for the progress of humanity and not for profit.

The modern-day context: counter-revolution, imperialist war, and the non-revolutionary situation

The present-day situation shows the consequences of the overthrow of socialism. After the socialist economies were reformed into a capitalist system based on exploitation, the flourishing democracy and welfare did not materialise. Any resistance was systematically crushed, and is still being suppressed to this day: many of these countries have introduced draconian anti-communist legislation to secure the interests of capital. 25 years after the fall of socialism in the Soviet Union and other countries, imperialism proves to be a rotten and bankrupt system.

The attack by capital and its international institutions, like the EU and NATO, on the rights of the working class and its youth is constantly being pushed further. Capital keeps reaching for reactionary tools in order to push its agenda. At the same time, imperialist contradictions are increasing. They are played out in the form of aggression towards upcoming imperialist countries like Russia, which try to defend and reinforce their position on the global market.

The partition of the world amongst imperialist powers is driven by the private property of the means of production, in which massive monopolies with countless numbers of employees try to cut costs to improve their profits. The strategy of capital is as follows: to bring down labour expenses (by increasing the degree of exploitation) and to conquer new markets. The cutting of labour costs and increasing exploitation hits young people particularly hard. In the Netherlands, we can see that youth unemployment affects some 100,000 young people. Many of those who are employed are in a precarious situation, with collective labour agreements seen as a thing from the past. One is simply expected to work for low wages, long hours, and with an uncertain future.

Despite these increasing problems, a large section of the working class and youth are not yet ready to break with the capitalist system in favour of socialism completely. The role of the Communist Youth Movement and the New Communist Party of the Netherlands is therefore a long-term one. The demolition of all the gains of the working class does not automatically create revolutionary consciousness. Bourgeois ideology has a tremendous influence; the bourgeoisie has infinite new ways of spreading its ideology among the youth, including through social media and the internet.

Still, these methods cannot obscure the reality of the situation. The circumstances of the youth and the working class are getting worse every day. The petit-bourgeoisie and the labour aristocracy, which were particularly strong in the industrialised countries, are gradually slipping down to the level of the working class. For us as a communist youth movement, it is vital to educate communists for the New Communist Party of the Netherlands, people who can lead the class struggle, take up positions in the workers’ movement, and inject socialist consciousness. It is essential for the communist movement to gain prestige in the eyes of the working class.

As communists, we are constantly inspired by the October Revolution. It has already been proven that the working class can seize power, and that socialism is superior to capitalism. At the moment, the communist movement is still in its phase of construction, and we are still weak on the global level. However, despite temporary setbacks, we are still in the transition of capitalism to socialism. This gives us strength. The October Revolution broke the ice; it is up to us to make socialism a reality in the Netherlands.