Speech on the International Brigades 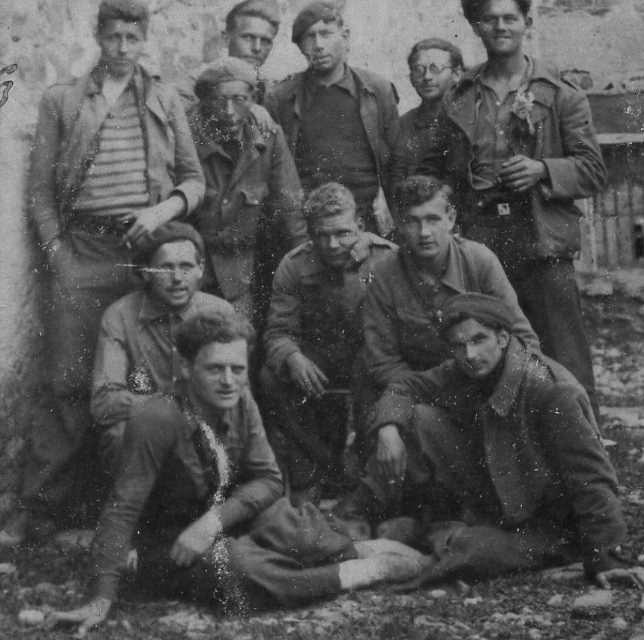 This speech was given Saturday the 14th of December by Hetty van der Hall, at the public meeting organised by the NCPN and CJB with the theme: ‘imperialism or socialism? 70 years NATO – 100 years Comintern’.

At the request of the CJB I’m here to talk to you about the Spanish Civil War that lasted from 1936 to 1939 and more specifically about the International Brigades. To this day they remain for me a true example of what solidarity is all about.

When the National Socialists came to power in Germany in 1933 their opponents, especially the communists, had to flee the country to, amongst others, The Netherlands. They relayed to their Dutch comrades the reality of what was happening in Germany and so it quickly became clear what fascism was really about.

A few years before, in 1931, in Spain the Republic had been proclaimed and King Alfonso XIII had fled the country.  The economic and political developments in Spain had lagged behind in comparison to many other countries in Western Europe. Existing social tensions were exacerbated by the delayed industrialisation of Spain. Attempts were made to modernise the country and to right the wrongs that had emanated from the power of the church, the army and the landowners. This resulted in many strikes, riots and violence in the following years.

In February of 1936 new elections were held, which was a fight between the left alliance of ‘Frente Popular’ (Popular front) and the right-wing block of the ‘National Contra Revolutionary front’. A new left-wing government was elected but the protests continued.  On July 17th, 1936 this led to a coup initiated by a group of army officers.

Within days of the coup developing into civil war, Adolf Hitler’s Germany and Mussolini’s Italy had sent weapons and troops. With active support of Germany and Italy it was also possible to transfer colonial troops and the foreign legion from Morocco to Spain. Led by General Franco these troops invaded the South of Spain from Morocco.

The Spanish Civil War presented both fear and hope to the world, not just for politicians but also for religious leaders, intellectuals, trade unions and many others.

When it became clear the Republican army wasn’t going to make it against the troops of Franco, supported by Hitler and Mussolini, left-wing activists, amongst them communists and anarchists, from all over the world travelled to Spain via Paris, where members of the Komintern guided their journey, to support the fight against Franco’s fascism. In the Netherlands, too, people gathered to leave for Spain.

The participants came from a broad range of political backgrounds.  About seven hundred Dutch people joined the International Brigades.

Humanitarian aid was also delivered from The Netherlands. Money was raised for the purchase and shipping of aid: groceries, clothes, bandages, medicine and medical equipment. Apart from which, doctors and nurses also went to Spain to deliver humanitarian support.

They went by train to Paris, where they received further instructions for their onward journey.

One of the Dutch Brigadists, Frans Oort, once said about this journey in an interview in December 1988: “I, too, wanted to join the Brigades, but it wasn’t that simple. I went by train to Paris with three other comrades.  Once there, we were screened to make sure we were genuine anti-fascists.  We got a hotel room and a bit of cash to get through the first days. After a while, we received a message we needed to get ready for our departure to Perpignan, a city on the French-Spanish border. The train journey took 2 days.  When we arrived at the border it turned out to be completely sealed off and we couldn’t get through, so we marched straight through the Pyrenees. By then it was winter and I remember we had to keep walking so we wouldn’t freeze to death. It was pitch black. Our group consisted of 117 men. At one point we had to join hands and shuffle along step by step with our backs pressed against the mountainside.  You couldn’t see the abyss in front of you, but you could feel it. It was very deep and you knew it. After two days suddenly someone said: We’re on Spanish soil. That was a beautiful moment. “

Once in Spain most of the Dutch Brigadists went to Albacete for a short military training. This lasted about 4 weeks. During the war that period was quickly reduced. By the end it was barely one week.

Many of the Dutchmen were deployed in the 11th brigade, which was under leadership of German Brigadists.

Many were involved in the Battle of the Ebro.

My father, Johan Hordijk, said about this in an interview in 1976:

“My baptism of fire was at Huesca. Franco was beaten back there a ‘pure bit’. Under cover of darkness we went out with a group of around 12 men to clear out enemy machine gun nests. It wasn‘t an easy time, but I wasn’t afraid. You didn’t go for the adventure; you went out of principle.”

Eventually he became a sanitario (hospital soldier). He worked side by side with a Jewish surgeon from Austria of whom he said: “He always worried he was too far away from the soldiers and if you didn’t pay attention you might find he moved his post in front of the battlements.”

Once the defeat of the Republicans appeared inevitable, the Republican government gave orders to let all foreign Brigadists return to their homelands. In her farewell Dolores Ibarruz (La Passionaria) said:

“You can leave the country with your heads held high. You can continue with your lives in a different way. But if the olive trees are in bloom again and peace has come to our country you’ll be warmly welcomed once again.”

Unfortunately, the Spanish had to endure the yoke of life under Franco till 1975.  Many anti-fascists were murdered by the Franco regime. The search for their bodies is still going on.

In 1978, three years after Franco’s death, my father returned to Spain with a group and paid a visit to La Passionaria.  He was deeply moved by the experience.

In memory of the Dutch men and women who fought against fascism in Spain a monument was erected in 1986 in Amsterdam North on Plein Spanje ’36-’39. The monument was made by artist Eddy Roos.

From then on, each year a remembrance ceremony has been organized by a group of Brigadists and their family members, in co-operation with the school on the Buiksloterweg who’ve adopted the monument.

In 2014 Giny Klatser (wife of Brigadist Leo Klatser), Rien Dijkstra (son of Brigadist Rients Dijkstra) and Hetty van der Hall (daughter of Brigadist Johan Hordijk) founded Stichting Spanje 1936-1939. In this way they hoped to ensure the continuation of the remembrance. Sadly, in 2018 both Giny and Rien passed away.

I have managed to find a couple of new board members, but if anyone present this afternoon is interested in the foundation’s activities they’re more than welcome to contact me.

Next year the remembrance will take place on April 22nd.

I’d like to invite those present to this occasion.

Finally, I would like to draw your attention to our website: spanje3639.org and the website of the IISG (International Institute for Social History) on which you can find many biographies of the Dutch Brigadists: spanjestrijders.nl