Women in front of the fight for their rights! 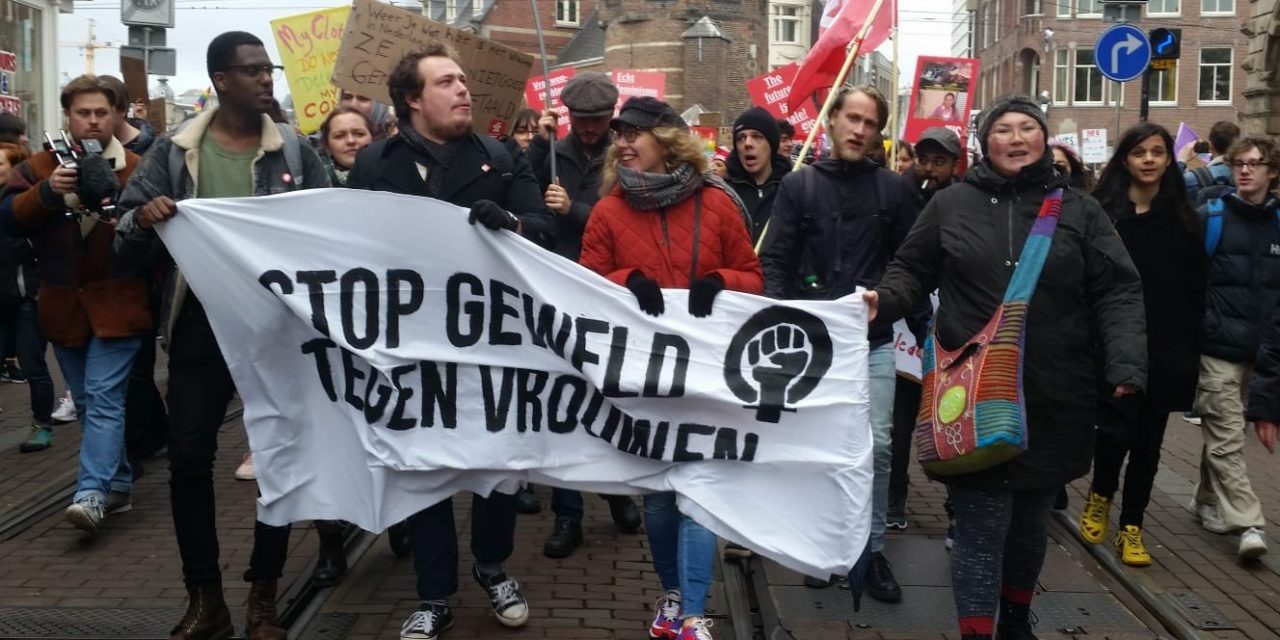 The importance of the fight for women’s rights in the Netherlands.

110 year after International Women’s day was established, following the proposal of the communist Clara Zetkin, the fight for women’s rights is still important! Even today women are not treated equally. For example, the income difference between men and women working full-time jobs is 14%. Furthermore, the Netherlands is a leading example of part-time working women, even though they often prefer to work more hours, and many women have precarious temp-jobs. Besides, only 60% of women are economically self-sufficient, as compared to 80% of men. On top of that, many women feel like they have too little free time, because of work or because few policies have been enacted that facilitate combining being a mother with work or receiving education. Because child day-care is enormously expensive, many women are forced to quit their jobs. Moreover a shocking 73% of women have experienced sexual harassment, 45% sexual violence, and 10% have been raped. The right of women to decide what to do with their body is still under pressure.

The CJB defends the interests of women whether they are employed, unemployed, or a student. That’s why we fight for:
– No precarious temp-jobs without rights, but full-time and reliable work for women
– Equal pay for equal work
– Child benefits should go up and child day-care should be free, so that no woman has to quit their job if they don’t want to
– Measurement have to be taking to stop sexism, sexual harassment, and violence against women, starting with education and awareness raising
– Measurements to be enacted immediately by the EU to ensure the safety of female refugees and immigrants, who now to often have to live under wretched and unhygienic circumstances

‘More women at the top’ is not the solution, what matters are the rights of the average women who are employed, unemployed, or a student!

Liberal feminist often say that we need more women at the top, in the boards of companies and in major positions in traditional political parties. But they forget that the interests of a small, elite group of women are not the same as those of the majority of women, who are employed, unemployed or a student. Just because we now have a legally binding quota of women at the top of companies does not mean that working women are seeing improvements. The first female CEO at Albert Heijn has done nothing to improve working conditions and salaries for women working at Albert Heijn. The most important thing for a CEO is, after all, to maximize profits, by exploiting working men and women. The CJB therefore prioritizes the interests of women who are employed, unemployed, or a student. For a good reason the 8 of march was originally called ‘International Working Women’s Day’!

Another sort of economic system is needed, we need socialism for real women’s emancipation

Capitalism disregards women’s necessities, our rights and interests as women. The privately owned companies are concerned with only one thing: profits. To secure these profits, companies exploit women at work, with little facilities to alleviate the pressure on working mothers. Real women’s emancipation can only be reached with an economic system that is based on equity and removes capitalist exploitation. That system is socialism.
In a socialist economy all the major companies and public transport will not be the private property of capitalists looking to make a profit, instead the economy will be controlled by working people. A socialist society guarantees women the right to a secure job, but also free child-care and education, and affordable housing. Under socialism caring for children will not solely be the task of the family, and in particular the mother, but it will be a collective effort, with child-care and other facilities. Only the socialist economy can give women complete economic independence and ensure their rights. Many rights and facilities for women that we dare not dream of today were realized in the past in socialist countries, which proves that women’s oppression and sexism are not unsolvable problems, and that the situation will greatly improve when capitalism is overthrown and the working women and men are in charge of their own fates.
The CJB calls on women and men that are employed, unemployed, or a student, all of the youth of the working class, to fight women’s oppression, for a society that prioritizes the rights and emancipation of women: socialism-communism!